Stopped by the fair today, took some pictures, where ya' go... 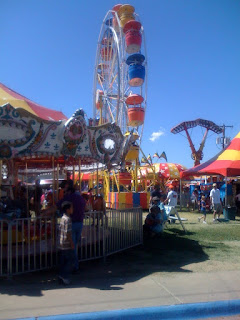 (And before you leave a nasty comment, remember, you clicked this link, and you know me.)

The best luck I had all day was parking. Yep, right there, at the gate, any closer and I would have needed a badge. 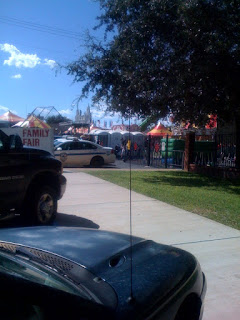 The fair raises money for the St. Ann's Catholic school. So how do they do this? With booths where you give them your money and "gamble 4 GOD!" 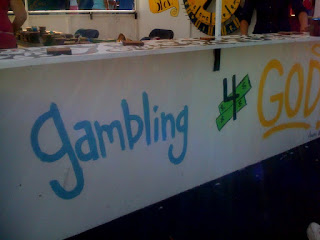 One way you can contribute, just throw your change at them. 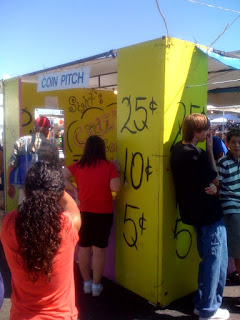 One of the games I really like is the one where you give them a dollar, they give you a few slips of paper, you unfold them and then through them on the ground. Some may say this is just littering, but hey, it's for a good cause. 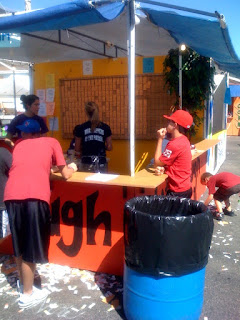 They have the double spinning wheel Horse Race game. You pick a number (1-9) on the inner wheel and the odds (1-5) are on the outer wheel. They spin both wheels in opposite directions and everyone yells out their number until they're horse. It is by far the noisiest game out there. 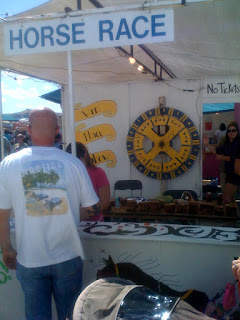 Marble Chute is a game no one has played since the early 90's, but they keep it around for tradition sake. 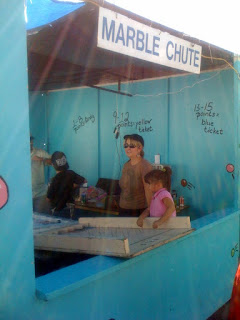 The good people at St. Ann's also holds a raffle for those who don't like yelling, throwing money, or littering. I love to do all three so, BORING! 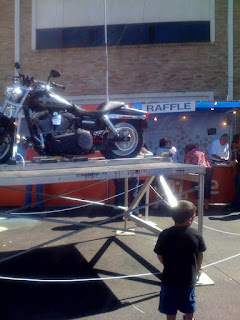 Your best bet at the St. Ann's Fair is the Beer Booth game. You give them three bucks and the give you a beer. You either drink the beer, or spill it. The first few times it's real easy. After playing seven or eight times, it become a real challenge. 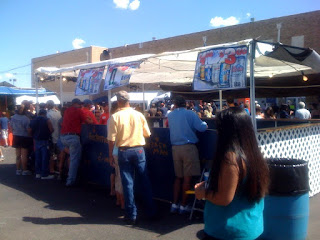 From what I can tell, the Wine Garden game is just like playing Beer Booth, but you're seated and you have your pinky extended. I didn't play. 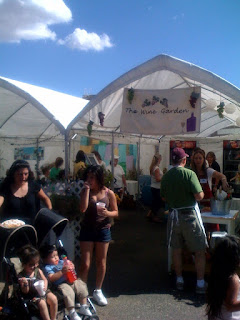 The most disappointing food offering: the fire roasted corn, was boiled! 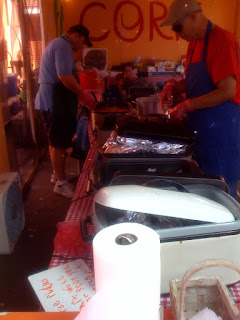 The best find: Angel Christmas Tree topper, with the hand of death! 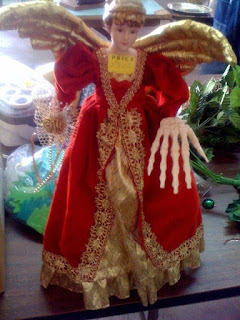 Two notes on the carnival side.

1. Where do you take a wrong turn in life, to end up a DJ for a carnival ride? This has to be two steps down from a strip club DJ. 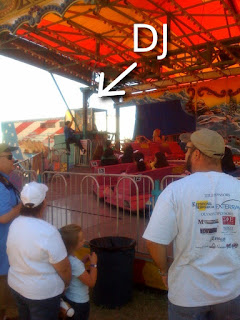 2. If you're really bad, you are reincarnated as one of these fish. And if you're kinda bad you play this carny game. Three ball for a dollar, (33.3 cents per ball) for a chance to win a goldfish (less than 20 cents at any pet store.) So the best you can do is win (or rescue) 60 cents worth of fish for a buck. 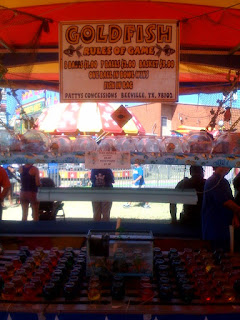 I think I'll stick to the Catholic games. I did pretty good at Beer Booth, didn't spill a drop, and won a buzz.
Posted by lonnie247 at 4:52 PM No comments: