Recharging the towels with vinegar and baking soda worked so well, I thought I'd try some other internet remedies around the house tonight.

First off, I'm used my old friend vinegar to "descale" my coffee maker. It has been delivering a few less sips in the morning. 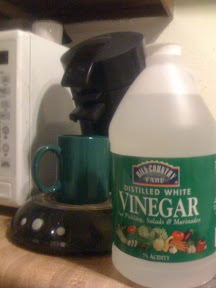 I brewed two quarts of vinegar coffee, followed by two tanks of water. 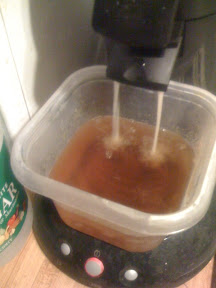 Now my house smells like Easter. I'll have to see how the coffee is tomorrow. (It taste like coffee, not pickles. And that is good.) 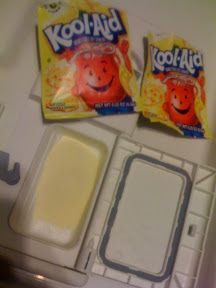 I ran it through a normal load, without dishes, and that crusty white bar in the bottom turned into a metal pipe again. 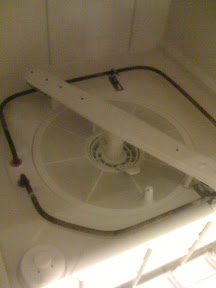 And as a bonus, I have plenty I have plenty of Long John Silver style vinegar for my fish and chips (they're just French fries until you dump the vinegar on them.) 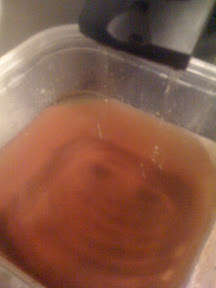 So productive, for a weeknight.

I hate cleaning but love tricks, so if you've tried something cool, let me know.
Posted by lonnie247 at 9:48 PM 1 comment:

The Mummer's annual meeting is usually just another excuse for a party, but not this year! This year there was a political coup brewing. Tim was removed as president and kicked off the board. It looks like Marcy may have led this rebellion, and may take over as president. Michael was also placed on the board. This is no real surprise, as the location for this ambush was his back yard. Here's dramatic video of the throw down.

Ok, so I may have exaggerated a little. Tim's term was up. But listen to that crowd when Marcy is named as the possible president.

Yeah, I think she could lead a rebellion.

Scooter was named Distinguished Mummer of the Year. 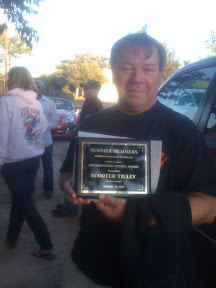 And Stacy, er Staci was honored for all the work she did making over the green room. 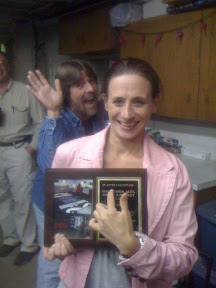 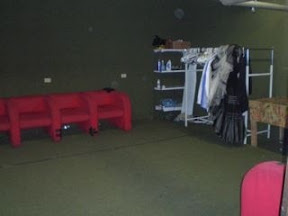 Yep, very green. And this is how it looks now... 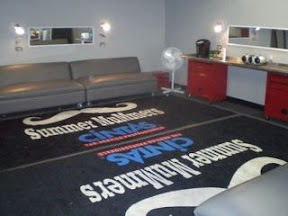 You deserve a fancy piece of wood for that.

Other than the deserved prizes, Woody made sure everyone got something. It help cut down on the pouting. 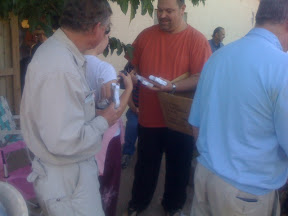 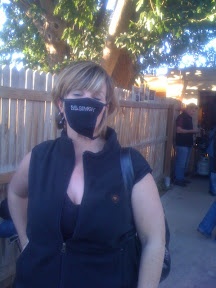 I think it is actually a thong, but Patrice was playing it safe.

Woody and Jerry manned the grill. 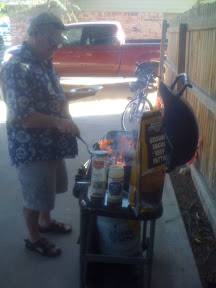 And the party carried on well into the night. 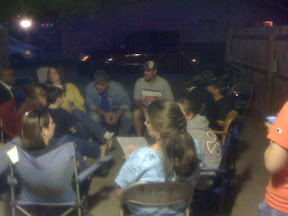 It turns out, the annual meeting was less of a political blood bath and more of an excuse for just one more Mummers party.
Posted by lonnie247 at 1:00 PM 1 comment:

Is it Ford truck month? GMC truck month? Cheve truck month? NO! It's October, and the good folks at Grace Lutheran Church are fighting back with Oktoberfest. A celebration of polka, sausage, and (root)beer. 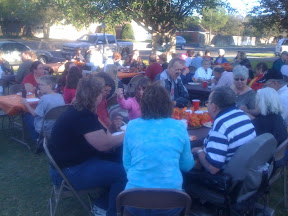 Despite a cold breeze, the crowd showed up to take the month back from all the trucks. 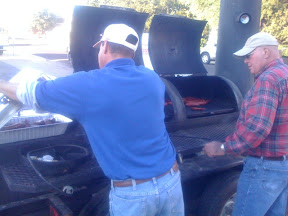 The pit was blazing and the brats were sizzling. 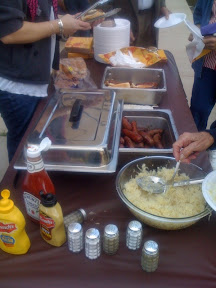 Served up with kraut, German potato salad and for dessert, of course German chocolate cake. There wasn't much of a line at the rootbeer float table. Maybe a hot chocolate stand would have been more welcomed.

And for entertainment... POLKA! 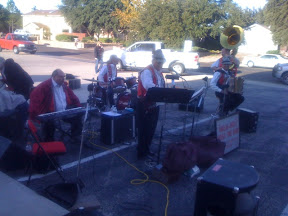 Havlak-Batla provided the tunes. I even have one of their CD's. They tooted it up in English and German. There was even dancing. The Chicken Dance and Hokey Pokey had everyone out of their seats.


No Beer on Sunday. Dancing, Pastor Pase and Doris Turner.

Before the evening was over, I ran home and got my CD. Now I have an autographed copy of Havlak-Batla's Good Memories. I'll bet there's not many people that can say that. 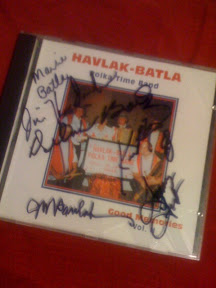 A fun time for all, and I think we showed the trucks who's the boss around here.

Let this be a warning to all vehicles, don't mess with the Lutherans!
Posted by lonnie247 at 6:16 PM No comments:

Last weekend was easy, I had the Stann's Fair. This weekend I could have attended some kind of ABBA event, a quilt show, or the opening of On Golden Pond at MCT (I should have picked this one because The Notebook wiped out my memory of the story, and everyone else says it's great.) But no I decided to stay home and play chemistry with my laundry.

A post on Lifehacker says I'm using too much soap for my towels. I dought that. I'm cheap, and for a large load, I use a little less than what's suggested for a small load. But to recharge my towels I needed to wash then with no soap and a cup of vinegar and then wash them again with half a cup of baking soda. 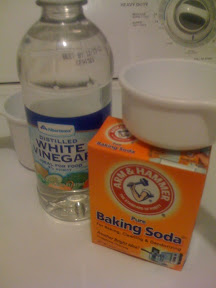 I'm game. As a child I made many volcanoes and, before I discovered gun powder, vinegar and baking soda was the king of special effects. Here's the final out come. 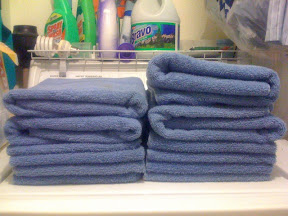 Both stacks have four hand towels and two bath towels. Sure the stack on the right looks fluffier, but that could simply be because the left stack had been in a closet for a few weeks. More telling was the water.

I washed them with soap first, and gave them a second rinse. 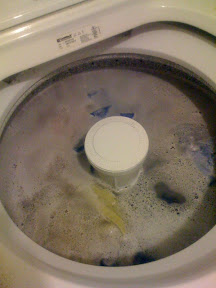 The second rinse was still full of soap.

I added no soap, just the vinegar and rewashed. 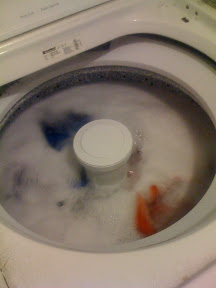 The soap foam was even thicker.

The last time around I added the baking soda. 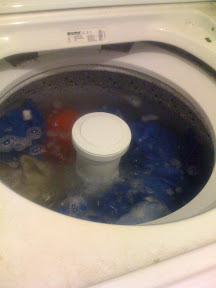 I'm not sure if my towels are recharged, but today I do feel 23% dryer (and after this weekend, 31% lamer.)